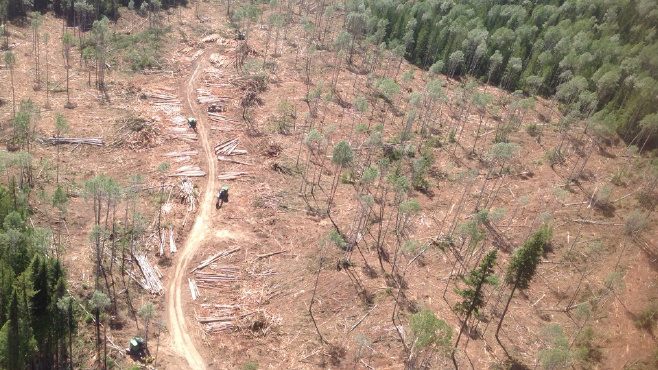 VICTORIA – An audit of the Okanagan Shuswap District portion of the BC Timber Sales (BCTS) Okanagan–Columbia Business Area has found compliance with most requirements of the Forest and Range Practices Act and the Wildfire Act, according to a report released today.

“BCTS and timber sale licence holders complied with most requirements of the legislation,” said Tim Ryan, board chair. “Auditors did find that BCTS had errors in its reporting of silviculture activities in the government database. These were mainly data entry errors and late submissions. While the errors are administrative in nature, they were numerous and so the auditors considered this non-compliance significant.”

“The audit also found that timber sale licence holders did not conduct required fire hazard assessments after logging,” said Ryan. “However, they removed all slash that could pose a fire hazard as a standard operating practice and so this issue is considered an area of improvement for the future.”

“Since the audit work was done, BCTS has advised us that it has taken steps to correct these deficiencies.” Ryan added. “BCTS is demonstrating continuous improvement, which is one of the benefits of board audits.”

The audit area stretches from the United States border in the south, to the Seymour River/Shuswap Lake in the north, and includes the cities of Salmon Arm, Vernon, Kelowna and Penticton. During the audit period of June 2015 to June 2016, BCTS harvested approximately 625,000 cubic metres of timber from 117 cutblocks.

Murrelets seldom re-use a nest or nest tree, so they require a wide selection of potential nest sites to maintain a viable population.