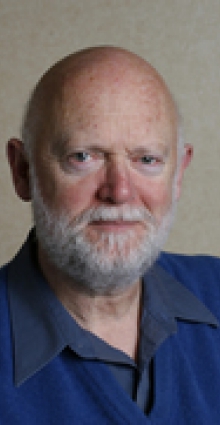 Welcome to the first issue of Eye on B.C.’s Forests, the Forest Practices Board’s newsletter!

Eye on B.C.’s Forests provides an overview of the Board’s recent work, including trends and issues analysis and previews of upcoming reports and projects. Eye on B.C.’s Forests will be produced two or three times a year and distributed to our e-mail
subscribers, as well as posted on our website.

The Board’s website has been redesigned and rebuilt to make it more effective as a communications tool. Along with a new look and feel, we have incorporated more audio-visual components. Some of our new innovations include:

Check out our new website at our old address: www.fpb.gov.bc.ca .

Three new Board members were appointed in fall 2008 and they are settling into their new roles.

Andrea Lyall, of the Kwicksutaineuk Nation on Gilford Island, was the first aboriginal woman to receive the designation of Registered Professional Forester in British Columbia. Andrea’s forestry career has spanned 13 years. In the past, she has worked for large corporations, including Canfor and Western Forest Products. She also lived/ worked in multiple First Nations communities and oversaw full-phase forestry operations and negotiated capital projects with the federal government. Currently, she is a Stewardship Forester with the Ministry of Forests and Range – Squamish Forest District. Andrea brings a unique perspective to the Board as an aboriginal woman and an operational planning forester.

Dave Patterson spent 23 years working for Weldwood of Canada in Williams Lake and Vancouver, where he was responsible for managing the company’s sustainable forest management certifications, forest policy, providing input into the development and implementation of the Forest Practices Code, FRPA and the Wildfire Act, forest worker training, stumpage appraisals, and managing forest operations and planning. Dave’s insight into the development of FRPA and the forest industry perspective is invaluable.

Mike Nash, a renowned writer, naturalist and former forest company employee from Prince George, rounds out the new Board members. Mike’s involvement with the Peace Williston Fish and Wildlife Compensation program, land and resource management planning committees, the University of Northern BC, and his previous role as a lay councilor with the Association of BC Forest Professionals, give Mike a strong public interest perspective, which he brings to the Board table. There will be more changes to board membership this fall, as several more appointed
members terms expire. Watch the next newsletter for details on membership changes.

Over the last 8 years, the Board has made significant strides in increasing efficiency in the face of declining budgets. We have seen our annual budget decline by some 30 percent, yet we have managed to maintain, or even increase slightly, the amount of work we are able to do. Our annual audits have remained consistent at about 10 per year, and our special projects program has grown. Not surprisingly, we face some budget challenges in the current fiscal year, but if we maintain our current voted allocation we remain confident that we can maintain close to our usual amount of work on behalf of the public. We will be handling our budget cuts by not filling vacancies that come up this year, including the retirement of the Director of Complaint Investigations. Instead we will spread the work among existing staff and see how the economy fares in the next couple of years, making appropriate staffing decisions at that time. We will also reduce the amount of field work done in special investigations, which are an optional part of our mandate, and maintain our audits and our investigations of public complaints, which are mandated functions. 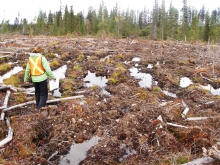 While the results of the Board’s 2008 audits are still being completed, staff are gearing up for the 2009 field season. Due to the late snowmelt conditions this year, the first audits are just underway in mid-June. Another 10 audits are planned for the upcoming season. In addition, the oil and gas portion of the Dawson Creek Forest District multi-value audit will be conducted in June, completing the field work for that audit, which began with forestry and range tenures in the Kiskatinaw watershed being audited last fall.

Of the audits recently published, we have seen an increase in issues being noted – and all of them relate to either regeneration or soil disturbance. While there have only been a couple of significant non-compliances with legislation, there have been several areas of improvement identified in audit reports. These are two topics that will definitely be on our radar in the upcoming audit season. 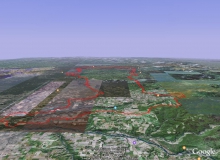 Last summer, the Board undertook a special project to look at how useful cumulative effects assessment might be in examining the impacts of multiple developments on important forest values. A case study of the Kiskatinaw Watershed near Dawson Creek was undertaken. Three significant forest values were chosen for evaluation – water, soils, and caribou habitat (wildlife). We used a commonly accepted method of cumulative effects assessment to see how the chosen values might be affected by the history and future development of forestry, range and oil and gas within the watershed. Three time periods were chosen for assessment of the past– 1985, 1995 and 2007, largely because data was available to measure impacts of development in each of those time periods. We then projected what development might occur over the next 10 years and looked at how the chosen values might be impacted, using indicators. The analysis is now complete and the report is in development. We plan to conclude that project later this summer. 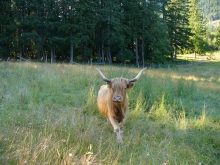 The Board is also wrapping up its special investigation of range use planning under FRPA. Now that the first round of plans has been prepared under FRPA, the Board reviewed 200 RUPs and the 5 range stewardship plans that have been
prepared. We examined the content of the plans and also interviewed over 40 individuals from government, the ranching community and non-government organizations. The report is currently being written and we plan to release it this summer. 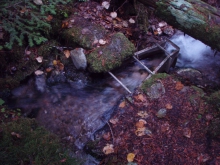 Over the years, the Board has received well over two dozen complaints about the impacts, or risk of impacts, to domestic and community water supplies that may result from logging. Recently, however, those complaints have come to dominate our investigation workload. Of the complaints currently under investigation, half involve domestic water concerns. In nearly every completed investigation on the subject, the Board has found that legal requirements have been met, risks of impact to water are low, yet complainants remain unsatisfied. Water users are justifiably concerned that they will bear the consequences if something happens to their water supply as a result of logging. 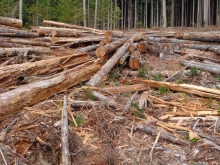 At least that’s the contention of the Canadian Centre for Policy Alternatives. In a recent complaint to the Board, the CCPA has raised concerns about the amount of wood waste being left on the ground following logging, the system government has in place to track it and the policy implications. The Board’s jurisdiction is somewhat limited, but we are proceeding to investigate those aspects of the complaint that relate to our mandate. Interviews and information collection are underway and we hope to wrap up the investigation around the end of this year.